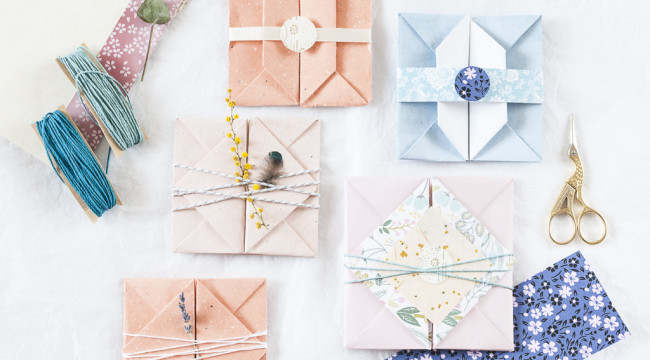 Do you like making origami? I do, although I tend to limit myself to simple ones as I often get stuck when I follow instructions. This is a simple  tutorial for an origami envelope that opens up like a box. You can use it as an envelope for a notecard, of course, but also to wrap small flattish items such as thin notebooks, books, and similar. So far I have tried it for parcels up to 50mm (half a centimetre) thick, with no problems.

Lets’s start with a rectangular piece of paper (wrapping paper will do nicely, or any paper that’s not too flimsy nor too thick. You could also use a sheet of A4 printing paper, and decorate it yourself. In this example, I’m using some recycled paper that I bought in a craft shop, a bit narrower than A4. Depending on the size of paper, you may end up with a square envelope, or a rectangular one. Just play around and experiment :)

Step 1 – Fold the paper in 3 equal parts, and then fold the side flaps in half as shown below.

Step 2 – Turn the paper over, and fold in the corners 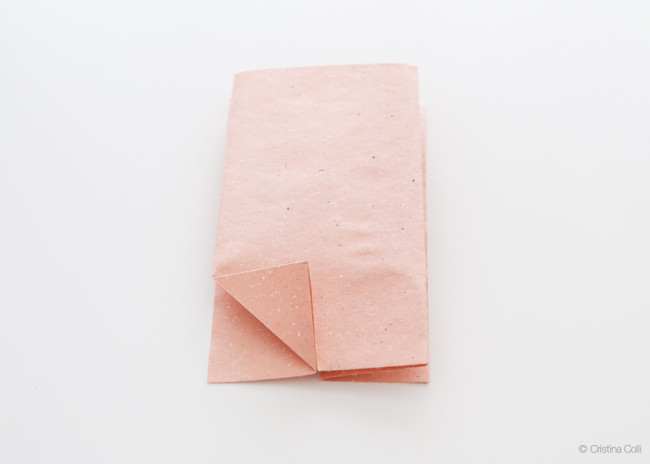 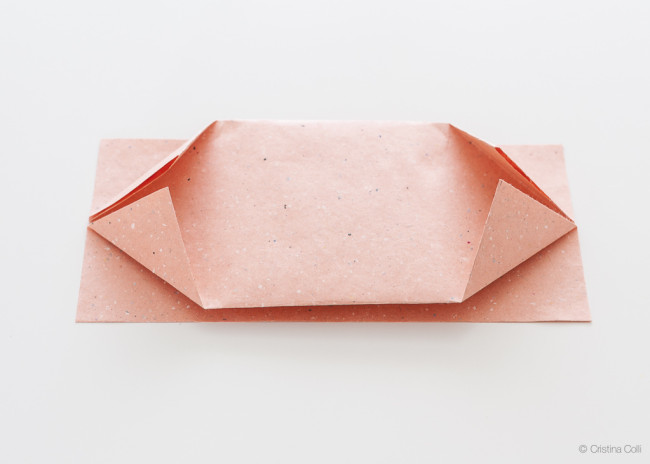 Step 3 – Turn the paper over again 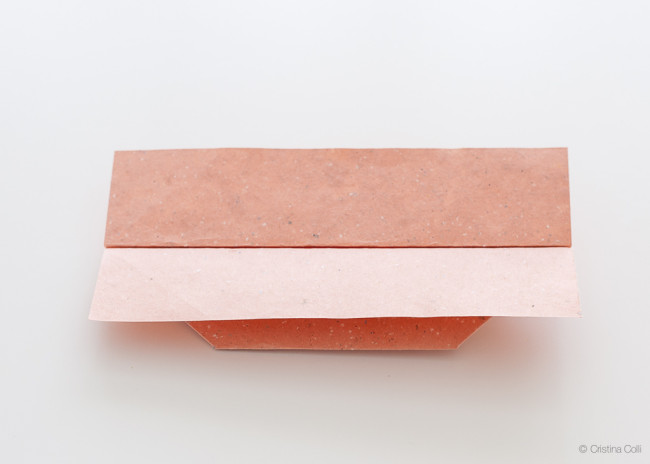 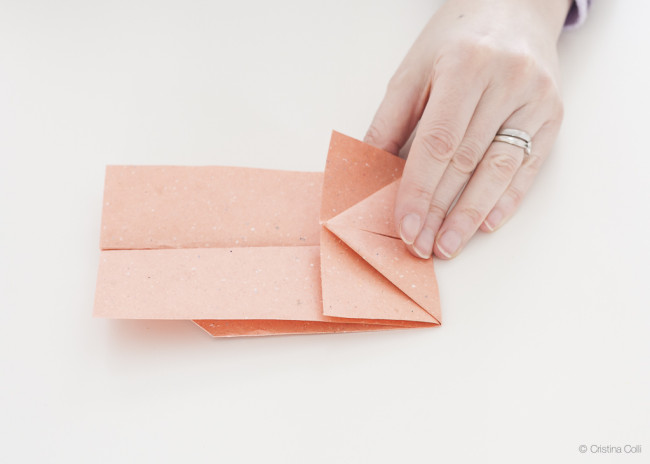 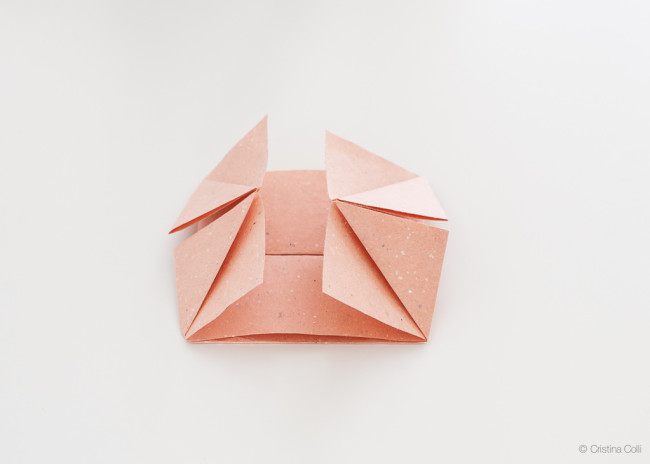 Step 5 – Open out the paper 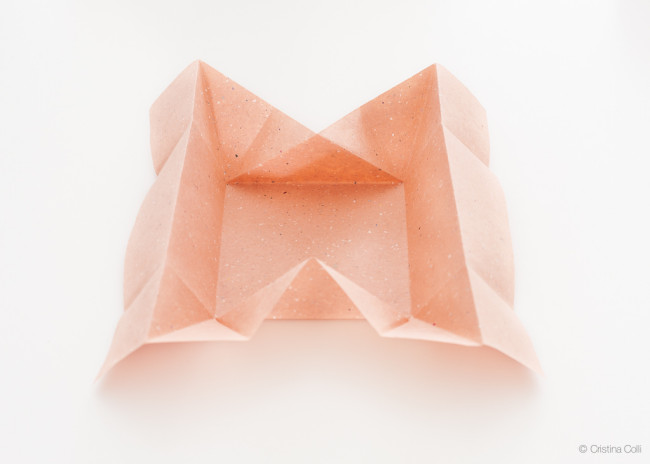 Step 6 – Fold the paper in again, as shown 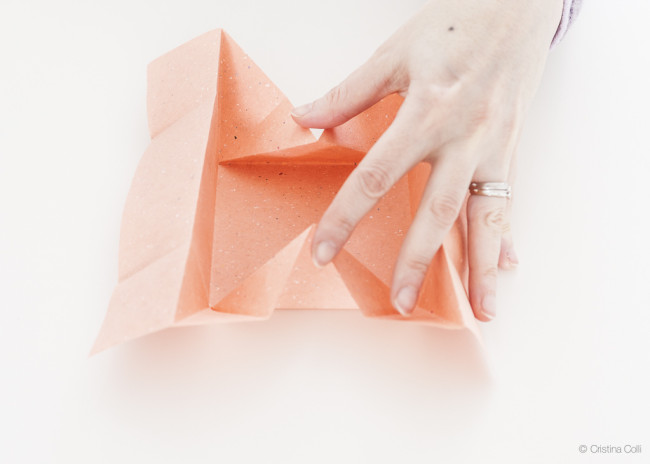 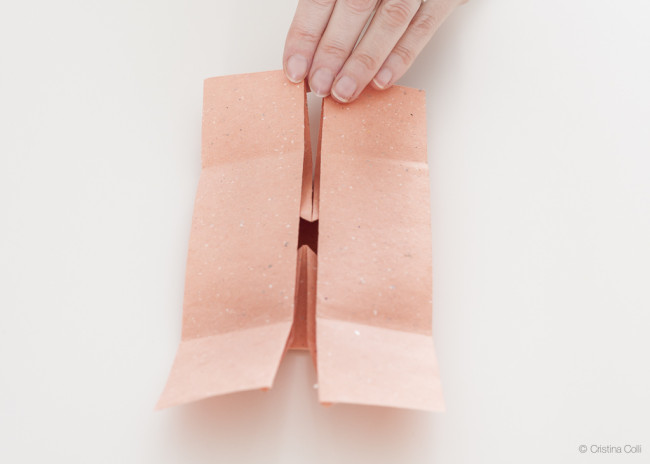 Step 7 – Turn one flap over the other 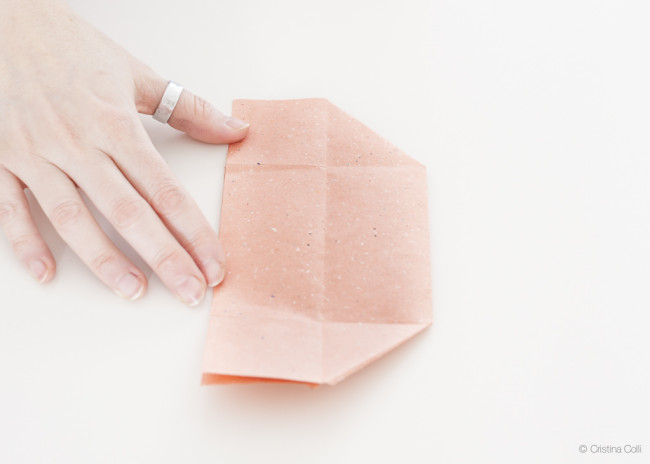 Step 8 – Fold the top and bottom corner of one flap inwards, as shown 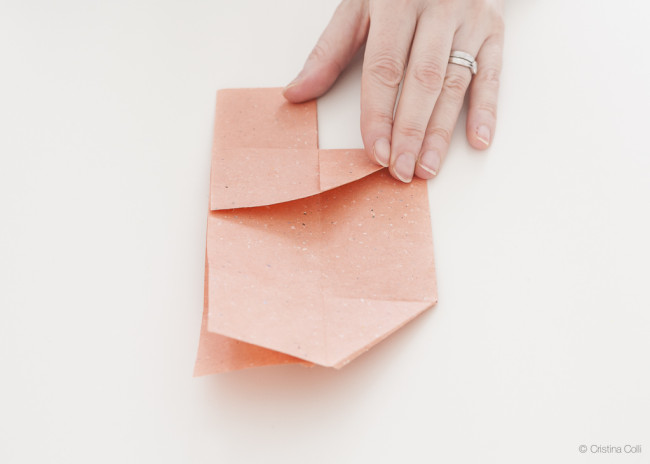 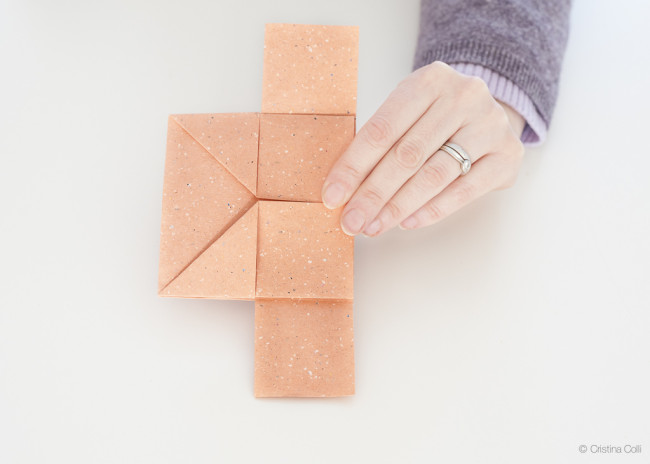 (in case you’re wondering: I turned the paper as it was easier for me to fold it)

Step 9 – Fold in the top corners 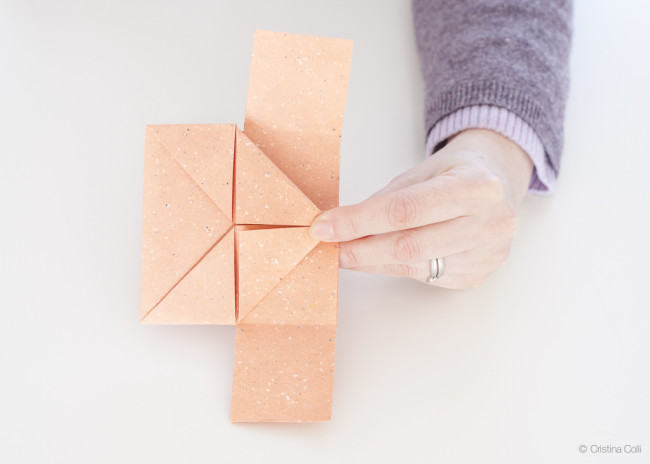 Step 10 – Fold the top corners inwards (I turned the paper again, sorry… at times I was so focused on the folding that I didn’t realise I was turning the paper oops!). 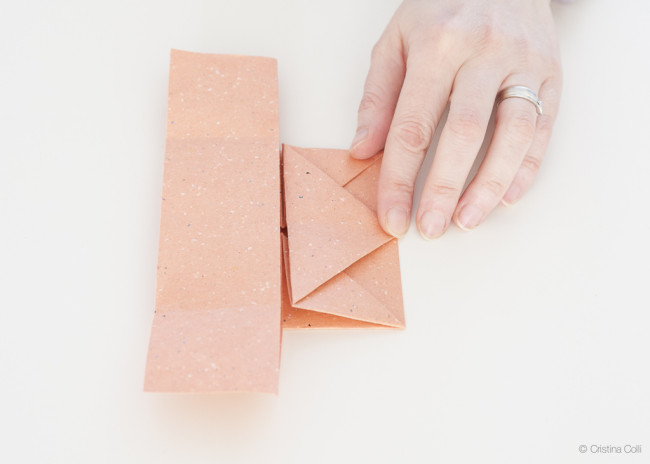 Step 11 – Repeat for the other side 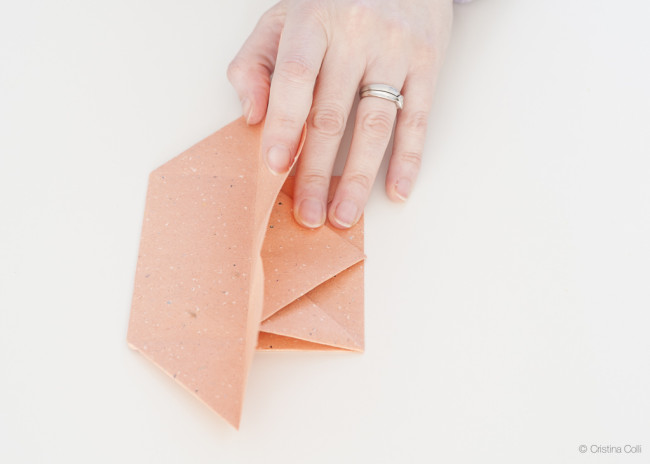 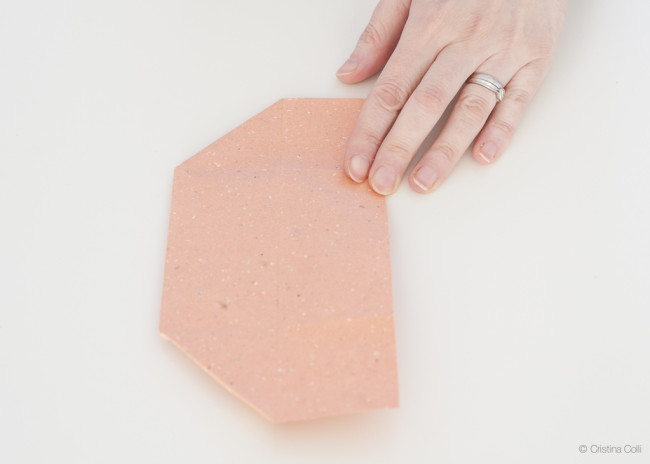 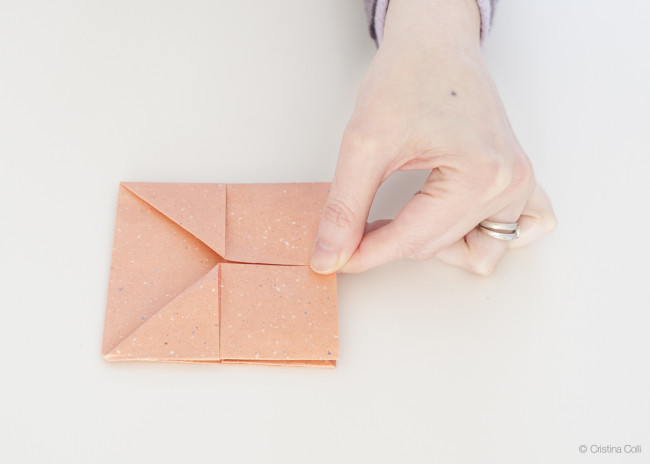 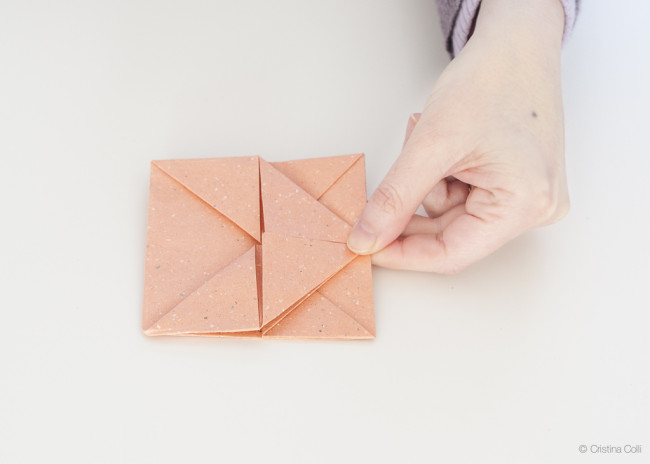 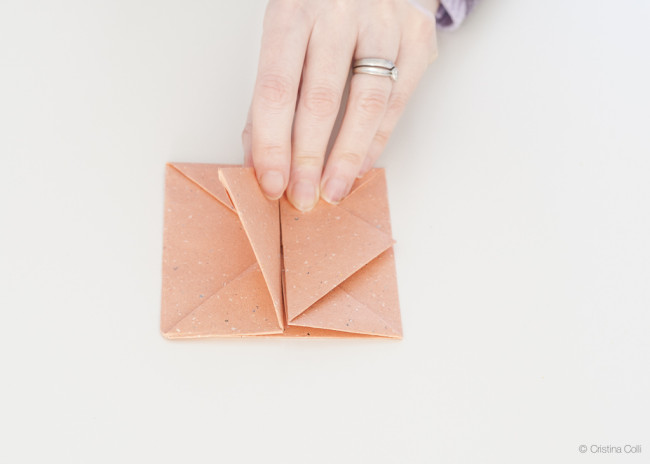 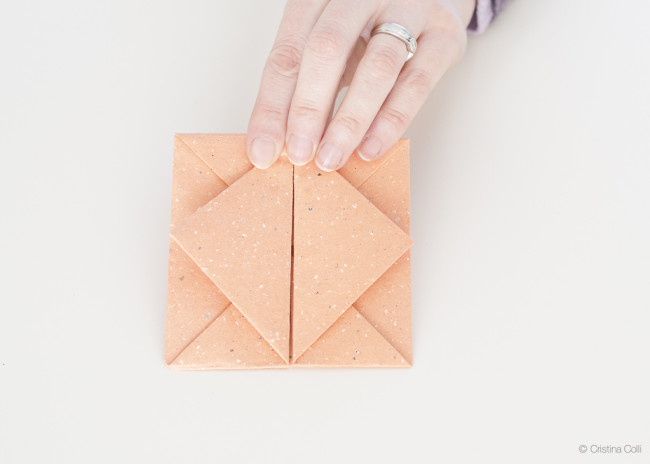 To open the envelope, gently pull the corners of the triangular flaps outwards as shown 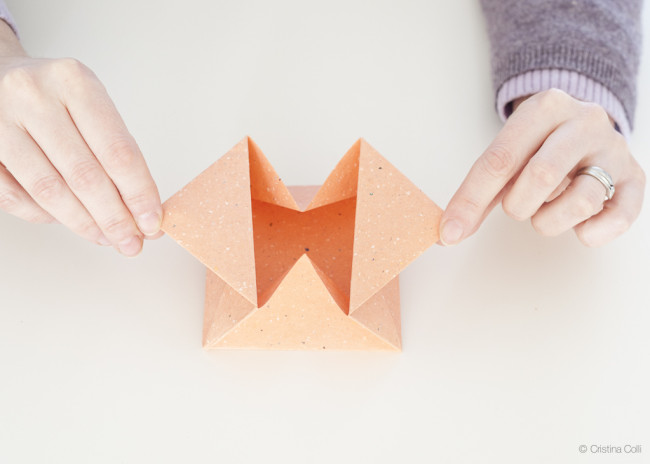 Ta-da! That was easy wasn’t it? Now you can have fun decorating your envelope as you like best. Here are a few ideas to get you started: 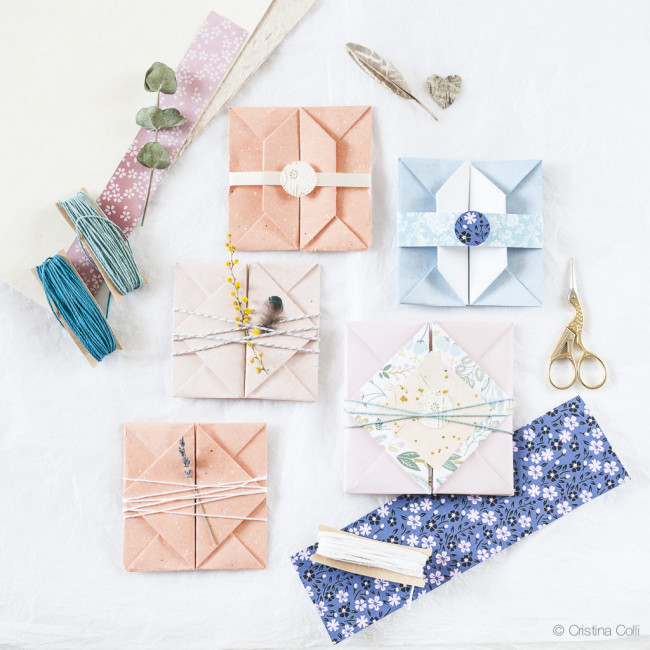 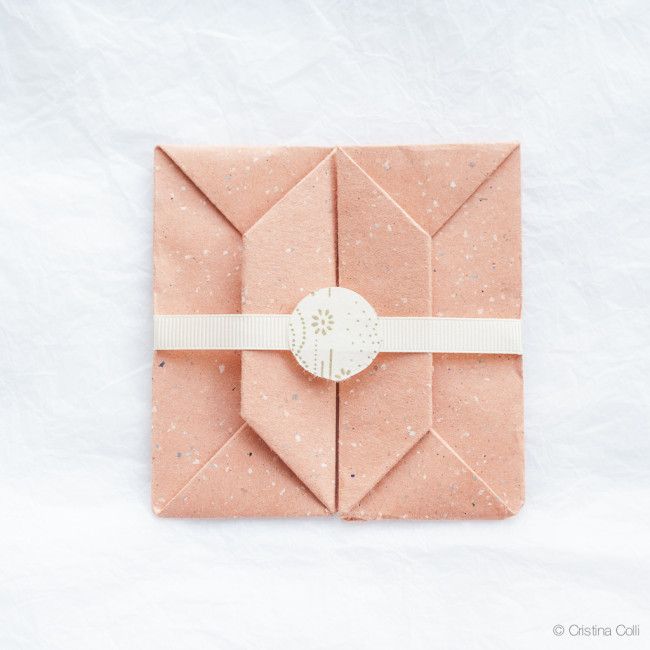 Fold the edge of the triangular flaps inward (use a dot of glue or some double sided sellotape to keep them flat or they’ll tend to open up again), then use a piece of grosgrain ribbon to keep the envelope closed (secure at the back with some more tape) and glue a paper circle on the ribbon. 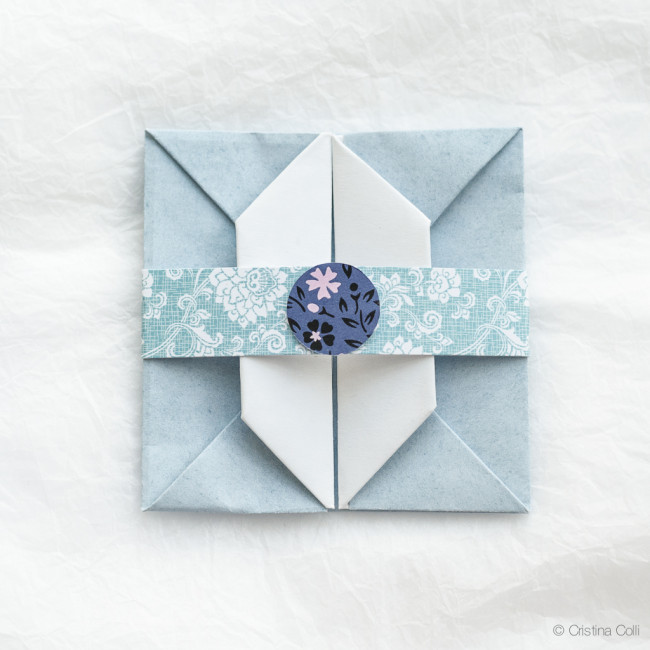 Similar, but with a strip of card instead of ribbon. 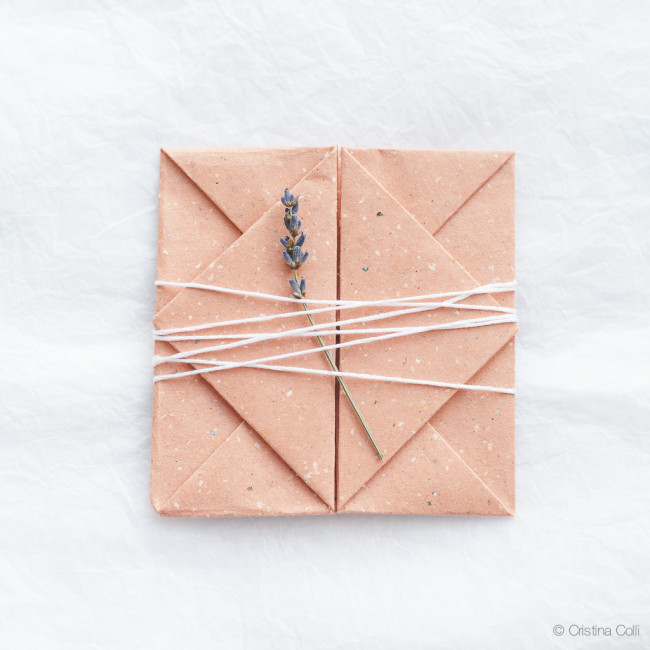 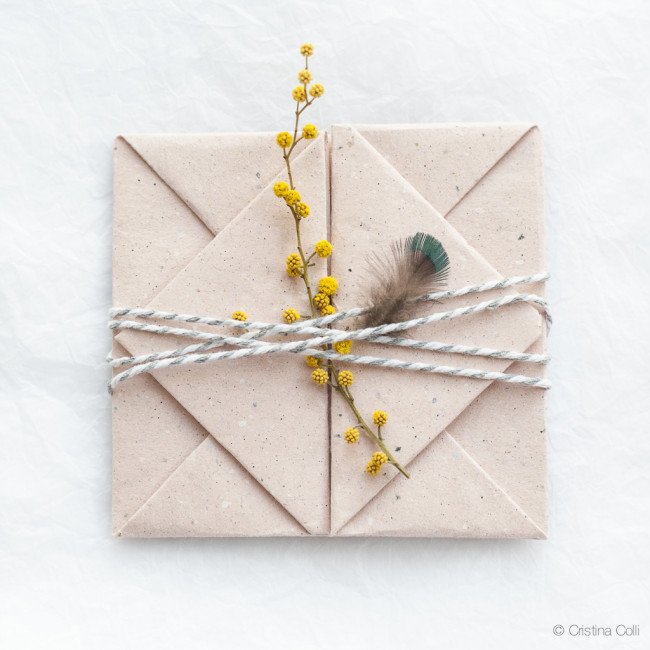 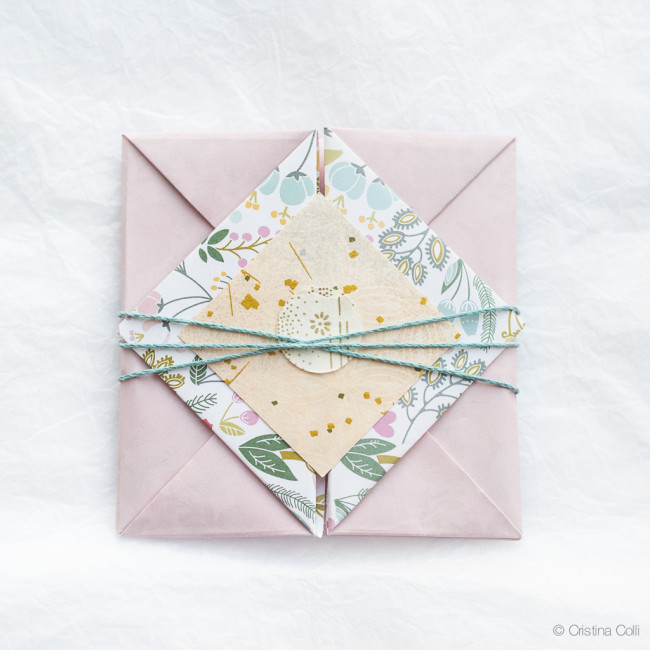 Blue string and some more paper.

Want to know what’s inside this last one? 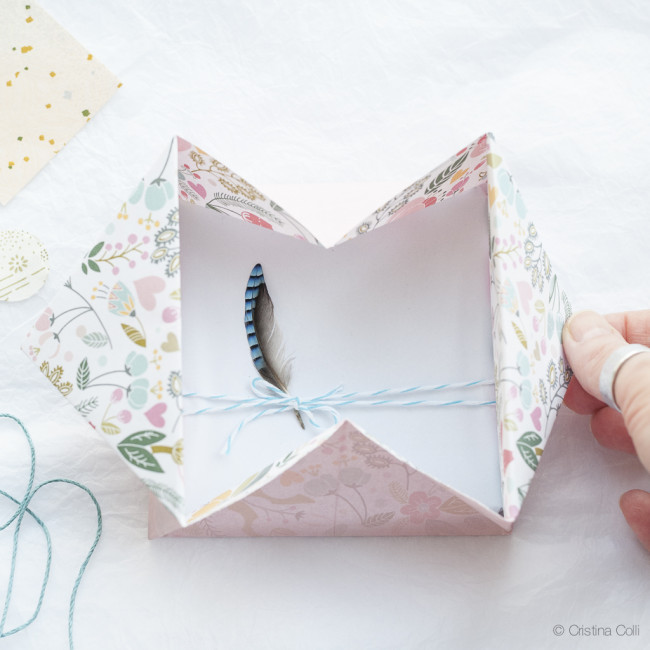 A small parcel! White tissue paper, baker’s twine and a bluejay feather, to wrap some of my square mini prints for a friend. 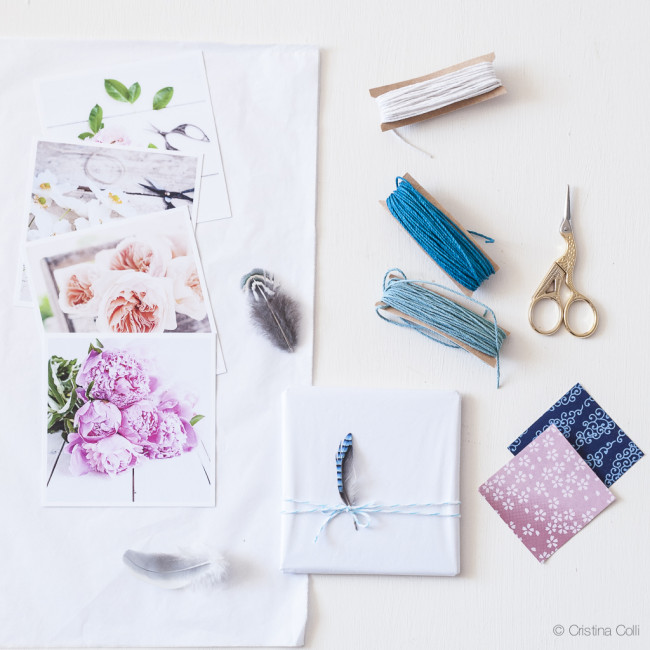 Once or, occasionally, twice a month I send out a Creative Note to my readers, with my thoughts on the creative process, inspiring links, and course news. 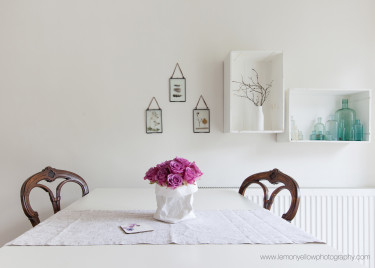 Our home on Apartment Therapy

Before Christmas photographer Cathy Pyle came across my Steller story about our home, and asked me if I'd be interested...